On the 11th day of the 11th month 103 years ago, what was then called ‘The Great War’ ended. Millions died, many of them slow and cruel deaths. It was the war that put paid to what the poet Wilfred Owen, himself killed a few days before the armistice, was to call “that old lie: Dulce et Decorum est pro patria mori”. It is right and fitting that those millions of men and some women who gave their todays so that we could construct the tomorrow they would never see, are remembered.

The students of the middle school at St Edward’s College remembered. 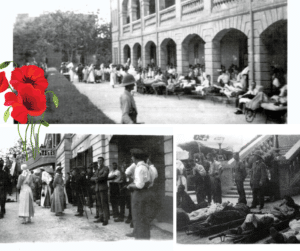 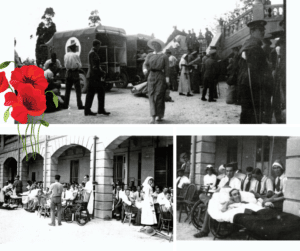 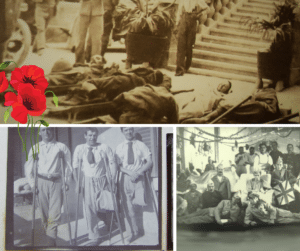 Year 6X  commemorated Remembrance Day by making their own poppies and observing a two-minute silence. Some boys choose to plant their poppies in our College Eco-Garden, while others took them home to share with their families and discuss the symbolism of the poppies.

Some people choose to wear a white poppy. Wearing a white poppy is a way to promote peace, while still remembering those who have died in the conflict. White poppies were first worn in 1933 and represent a commitment to peace.

In 2010, the black poppy rose was launched to commemorate those civilians, servicemen and servicewomen of Black, African, West Indian and Pacific Islander Heritage, who have contributed to the war effort. The black poppy rose signifies pride, honour, and glory.

The purple poppy represents animals that lost their lives serving in the way. Many animals, such as horses, goods and pigeons, were used in the First World War to help soldiers fight, move heavy items and deliver messages. Purpose poppies raise money for animal charities.

During our two minutes silence, some boys reflected, some prayed, some thought about people known to them and some let their thoughts wander to those unknown but thanked and remembered for their actions and bravery.