On Posted on April 16, 2021 by admissions to Middle School

Some Middle School Students submitted work  for the REPPUBLIKA Competition. The title of the competition was – What does Democracy mean to me? and they had to focus on 1 Human Right.

Adam Caruana of Year 7X submitted an Essay with a focus on the Human Right of Education.

As Nelson Mandela said, “Education is the most powerful weapon which you can use to change the world.” This is why I believe that the right to education is one of the most important human rights.

Education as a fundamental human right, has been proclaimed by the United Nations for the first time in 1948. This right states that primary education should be free and compulsory to every one and secondary education should be easily accessible to all. Even though it is so important, about 258 million children around the world don’t have access to formal education. There are several reasons, such as war, poverty and illnesses.

In Syria for example, due to the ongoing war, most of the schools have been bombarded making it difficult for students to learn. Many families decided to try and find refuge in neighbouring Lebanon which offers free education to Syrian children, however they can’t afford to pay for transportation and books. When a family can afford to educate one of their children, he or she in return, teach their siblings and other children in the refugee camp. On the other hand, when you look at totalitarian states, for example North Korea the situation is different. Even though primary and secondary education is compulsory and free, the syllabus focuses on the country’s politics. No one is allowed free thinking or freedom of speech and all the literature is heavily censored. Higher education is only allowed for students who are related to higher government officials. Thus, even though the right to Education is available, it is not exercised well.

The right to education was to a certain extent threatened worldwide in the past year because of Covid-19. Schools had to close to limit the transmission of the virus. Not all schools were prepared for online schooling and not all children had an available device to connect from.

Education is a right not a privilege and whilst we should appreciate that we have easy access, we should keep ourselves informed on the situation around us, locally and internationally, and unite our voices so that this right can be enjoyed by all the children in the world, no matter what.

Miguel Alessandro of Year 8Y submitted a poster which focuses on the Human Right of Equality before the law. 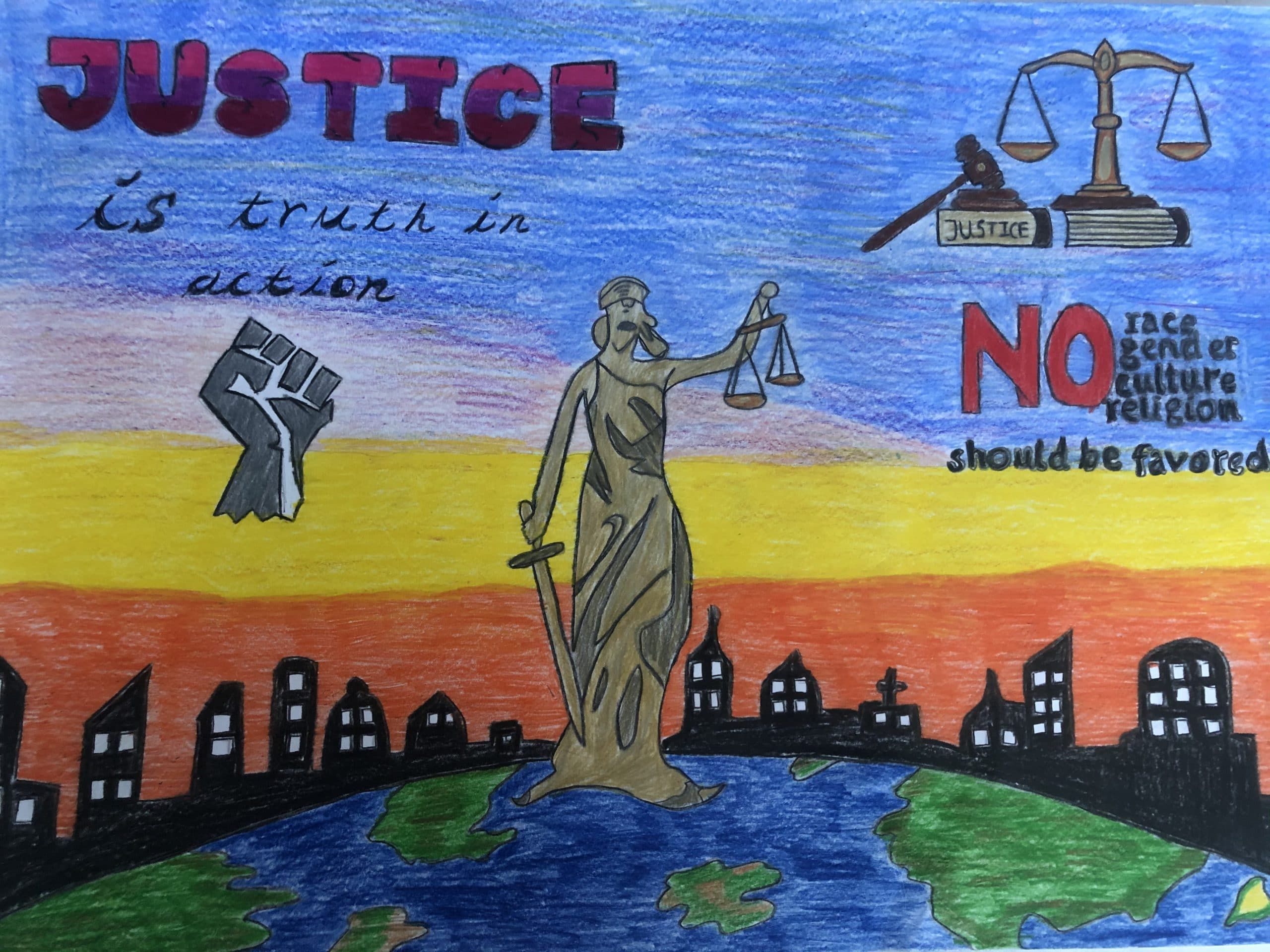 They are awaiting results but hopefully they will have a successful placing.